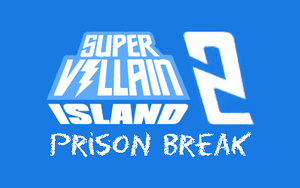 The island begins with you on a normal cityscape main street. You walk towards a large outdoor television screen (in front of the Poptropican News Network building) premiering a news broadcast.

The newscaster explains that four villains (El Mustachio, Omegon, Gretchen Grimlock, and Mr. Silva) after previously having escaped from the Erewhon Prison, have been recaptured and brought back to the prison. Dr. Spyglass then comes on to explain that they have uncovered through questioning that the captured villains had been scheming with the villains from the first island (Dr. Hare, Black Widow, Captain Crawfish, and Binary Bard) to take over all of Poptropica. He then asks the viewers of the station that if they've seen the Poptropican from the first island that went into the minds of the former villains, to call the onscreen number. This, of course, is you.

Community content is available under CC-BY-SA unless otherwise noted.